Jenny was served a Possession Order for non-payment of rent and was evicted from her private accommodation with her 2 sons. Initially Jenny stayed with family however this was not suitable as a long-term option. Jenny was supported by Ellie to contact the council and was then placed in a B&B whilst a decision was made whether she had intentionally made herself homeless.

The whole situation was extremely overwhelming and really triggered Jenny’s mental health to escalate, we supported her to attend appointments with the Mental Health Team and also completed the Healthy Emotions Programme with us one on one.
In addition to rent arrears Jenny was also in debt and had not been managing financially, Ellie and another place in Derby supported her to apply for a DRO, which was successful.

Jenny was reluctant to attend Core Meetings with Children’s Social Care, but Ellie encouraged and supported her to attend so she could safely voice her concerns and ask any questions to the professionals involved.

Ellie supported her to provide proof of rent payments from over the last couple of years and following this along with the other support provided, the decision was made by the council that Jenny had not made herself intentionally homeless. Jenny was found a temporary house to stay in with her sons. A few weeks later Jenny was offered a permanent property that she wanted and she moved in a week later. 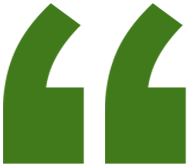 Without the support and encouragement from Ellie, I wouldn’t be where I am now, in control of my finances, managing my mental health and best of all living in my own home with my two boys!"