Home | Media Coverage | Being “1 in a Million” – positive change for abused women.

Being “1 in a Million” – positive change for abused women.

In March 2015 I wrote an article called The ‘1 in 4’: Men! Why are we not angry about the shocking reality of violence towards women? highlighting in stark terms the extent of abuse against women in the UK. In addition to this, I have spoken to a number of women about their own individual distressing stories and the years of abuse that they were subjected to. It took many years before they found the welcoming arms of Women’s Work, a charity based in Derby. It was through the support that they were given, and continue to receive, that they have gradually been able to turn their lives around…or “turn a new leaf” – which is, aptly, the charity’s motto.

On 12th September 2015, Women’s Work held a fund-raising charity gala to re-emphasise the important nature of the work that they do, and to launch their new “1 in a Million” campaign…and for many sponsors, supporters, employees, and service users to have a spectacular James-Bond themed evening out.

Dionne Reid, the CEO of Women’s Work introduced the evening with a brief overview of their projects and activities. They support 500 women, over 90% of whom have suffered some form of abuse in their lives. They currently have 4 projects which deal with Offending, Families, Women with complex needs and sex workers. In addition to this they provide a whole range of courses which help each woman, individually, by considering her holistic needs. They also work with a range of partners including the NHS, the Probation service, Derbyshire Constabulary, Citizen’s Advice, and educational and social care.

For most of the women they have lost many valuable years of their lives, and can be disconnected from the mainstream. Dionne explained:

A big part of our work is to re-integrate women back into society – providing clear pathways back for those who have lost their jobs, their houses, developed addictions, trapped in chaos, missed out on learning. It is difficult…but we try, and we will always try…and try, and try again,because without hope of change there is not much point in anything really.

The process and act of sharing stories is valuable to the service users, educational for the many who cannot conceive of the types of abuse that the women are victims of, and, highly motivational for the staff and volunteers at Women’s Work. It is recognised by all who are closely involved:

They (the women) have to climb a mountain, daily, just to exist.

But this will not just be about money, it will be about people being advocates, befrienders, as well as offering time, support, skills,  collecting clothes, toys and other articles that the women don’t have access to. The appeal was to everyone whether male, or female, rich or poor, old or young – every person can make some form of difference.

The centrepiece of the show was a stage performance that included many service users, as well as staff and volunteers from Women’s Work. It was a light-hearted, musical “jaunt” with everyone dressed as nuns! It was evident that many of the women had travelled a long way on their personal journeys to even consider performing on stage in front of 200 people – it was a real testament to their personal resolve and determination and the success of all those associated with Women’s Work – they are all “1 in a million”

To join the “1 in a Million” campaign click here. 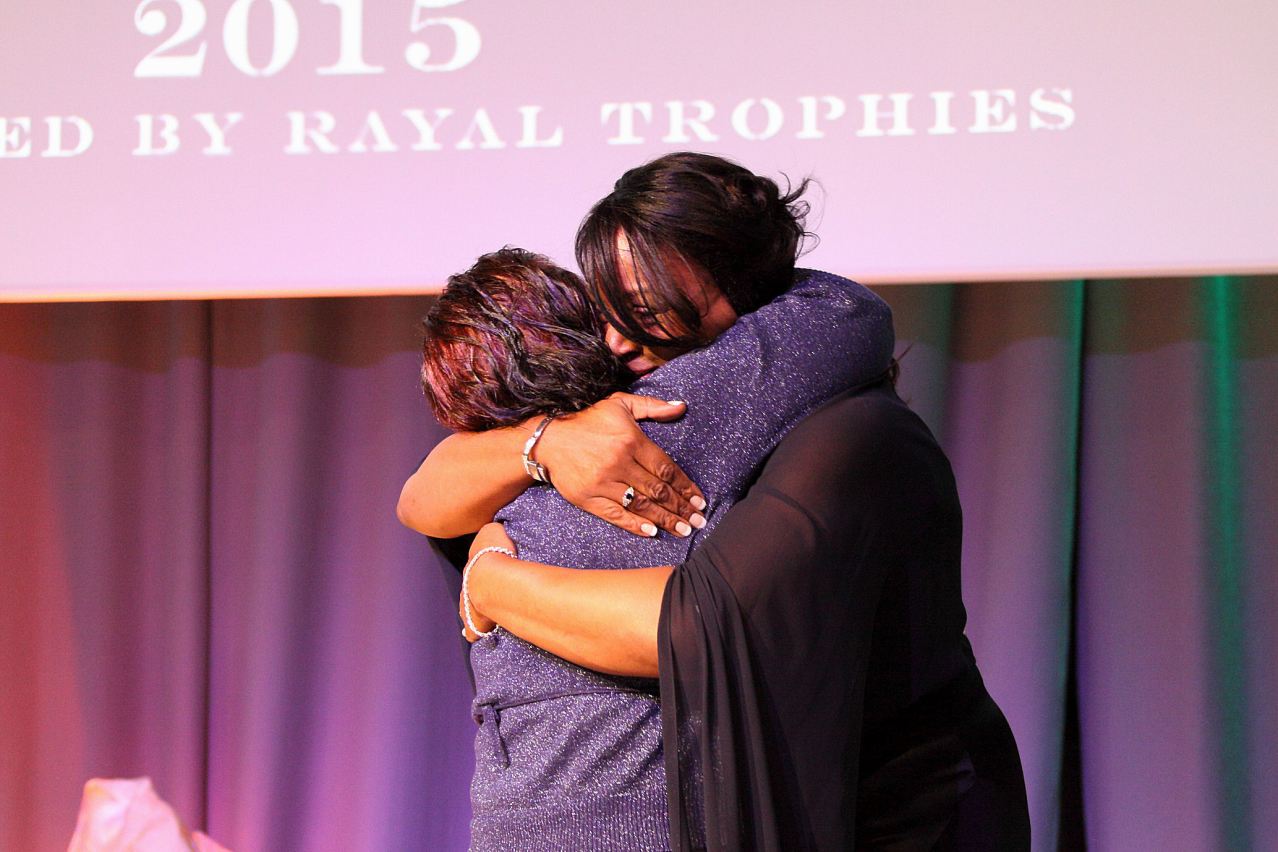